Book Recommendations for May

Are you looking for your next book to read? Check out these titles that are recommended by staff or patrons. There will be a mixture of suggestions, fiction, non-fiction, old and new. Click on the book cover to find the book in our SHARE catalog.

One by One by Ruth Ware

Getting snowed in at a beautiful, rustic mountain chalet doesn’t sound like the worst problem in the world, especially when there’s a breathtaking vista, a cozy fire, and company to keep you warm. But what happens when that company is eight of your coworkers…and you can’t trust any of them? When an off-site company retreat meant to promote mindfulness and collaboration goes utterly wrong when an avalanche hits, the corporate food chain becomes irrelevant and survival trumps togetherness. Come Monday morning, how many members short will the team be? 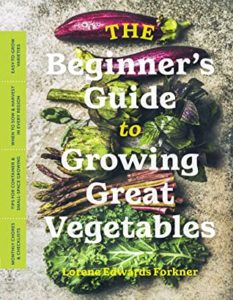 You can grow beautiful, healthy, delicious veggies and herbs right from the start—just follow the trustworthy advice found in The Beginner’s Guide to Growing Great Vegetables. Expert gardener Lorene Edwards Forkner shares all the information you need to create a thriving garden, from facts about soil and sun to tips on fertilizing, mulching, and watering. Regional planting charts show what to plant when, and a month-by-month planner takes you from January through December. Profiles of popular edibles explain exactly how to plant, care for, and harvest your bounty. Whether your garden grows in the ground, on a balcony, or in containers on a sunny patio, this is your guide to grow-your-own success. Your backyard bounty awaits!

Waking up White by Debbie Irving

For twenty-five years, Debby Irving sensed inexplicable racial tensions in her personal and professional relationships. As a colleague and neighbor, she worried about offending people she dearly wanted to befriend. As an arts administrator, she didn’t understand why her diversity efforts lacked traction. As a teacher, she found her best efforts to reach out to students and families of color left her wondering what she was missing. Then, in 2009, one moment launched an adventure of discovery and insight that drastically shifted her worldview and upended her life plan.

How to do Nothing by Jenny Odell

“A galvanizing critique of the forces vying for our attention–and our personal information–that redefines what we think of as productivity, reconnects us with the environment, and reveals all that we’ve been too distracted to see about ourselves and our world Nothing is harder to do these days than nothing. But in a world where our value is determined by our 24/7 data productivity. doing nothing may be our most important form of resistance. So argues artist and critic Jenny Odell in this field guide to doing nothing (at least as capitalism defines it). Odell sees our attention as the most precious–and overdrawn–resource we have. Once we can start paying a new kind of attention, she writes, we can undertake bolder forms of political action, reimagine humankind’s role in the environment, and arrive at more meaningful understandings of happiness and progress. Far from the simple anti-technology screed, or the back-to-nature meditation we read so often, How to do Nothing is an action plan for thinking outside of capitalist narratives of efficiency and techno-determinism. Provocative, timely, and utterly persuasive, this book is a four-course meal in the age of Soylent”– Provided by publisher.

The Shoveler, the Freak, CanIHelpYou?, Loretta the Flea-Circus Ring Mistress, and First-Class Malcolm. These are the five teenagers lost in the Hemmings family’s maze of tangled secrets. Only a generation removed from being simple Pennsylvania potato farmers, Gottfried and Marla Hemmings managed to trade digging spuds for developing subdivisions and now sit atop a seven-figure bank account, wealth they’ve declined to pass on to their adult children or their teenage grand children. “Because we want them to thrive,” Marla always says.
What does thriving look like? Like carrying a snow shovel everywhere. Like selling pot at the Arby’s drive-thru window. Like a first class ticket to Jamaica between cancer treatments. Like a flea-circus in a doublewide. Like the GPS coordinates to a mound of dirt in a New Jersey forest.
As the rot just beneath the surface of the Hemmings precious white suburban respectability begins to spread, the far flung grand children gradually find their ways back to each other, just in time to uncover the terrible cost of maintaining the family name.

The Beantown Girls by Jane Healey

1944: Fiona Denning has her entire future planned out. She’ll work in city hall, marry her fiancé when he returns from the war, and settle down in the Boston suburbs. But when her fiancé is reported missing after being shot down in Germany, Fiona’s long-held plans are shattered. Determined to learn her fiancé’s fate, Fiona leaves Boston to volunteer overseas as a Red Cross Clubmobile girl, recruiting her two best friends to come along. There’s the outspoken Viviana, who is more than happy to quit her secretarial job for a taste of adventure. Then there’s Dottie, a shy music teacher whose melodious talents are sure to bring heart and hope to the boys on the front lines. Chosen for their inner strength and outer charm, the trio isn’t prepared for the daunting challenges of war. But through it all come new friendships and romances, unforeseen dangers, and unexpected dreams. As the three friends begin to understand the real reasons they all came to the front, their courage and camaraderie will see them through some of the best and worst times of their lives.

The Voyage of The Morning Light by Marina Endicott

“From a critically acclaimed and beloved storyteller comes a sweeping novel set aboard the Morning Light, a Nova Scotian merchant ship sailing through the South Pacific in 1912. Kay and Thea are half-sisters, separated in age by almost twenty years, but deeply attached. When their stern father dies, Thea travels to Nova Scotia for her long-promised marriage to the captain of the Morning Light. But she cannot abandon her orphaned young sister, so Kay too embarks on a life-changing journey to the other side of the world. At the heart of The Voyage of the Morning Light is a crystallizing moment in Micronesia: Thea, still mourning a miscarriage, forms a bond with a young boy from a remote island and takes him on board as her own son. Over time, the repercussions of this act force Kay, who considers the boy her brother, to examine her own assumptions-which are increasingly at odds with those of society around her-about what is forgivable and what is right. Inspired by a true story, Marina Endicott shows us a now-vanished world in all its wonder, and in its darkness, prejudice, and difficulty, too. She also brilliantly illuminates our present time through Kay’s examination of the idea of “difference”-between people, classes, continents, cultures, customs and species. The Voyage of the Morning Light is a breathtaking novel by a writer who has an astonishing ability to bring past worlds vividly to life while revealing the moral complexity of our own”– Provided by publisher. 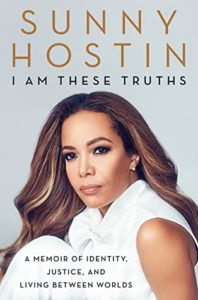 I am These Truths by Sunny Hostins

The Emmy Award winning co-host of The View Sunny Hostin chronicles her journey from growing up in a South Bronx housing project to becoming an assistant U.S. attorney and journalist in this powerful memoir that offers an intimate and unique look at identity, intolerance, and injustice. “What are you?” has followed Sunny Hostin from the beginning of her story, as she grew up half Puerto Rican and half African-American raised by teenage parents in the South Bronx. Escaping poverty and the turbulence of her early life through hard work, a bit of luck and earning academic scholarships to college and law school, Sunny immersed herself in the workings of the criminal justice system. In Washington, D.C., Sunny became a federal prosecutor, soon parlaying her wealth of knowledge of the legal system into a successful career as a legal journalist. She was one of the first national reporters to cover Trayvon Martin’s death—which her producers erroneously labeled “just a local story.” Today, Sunny uses her platform to advocate for social justice and give a voice to the marginalized. In her signature style, Sunny opens up and shares her intimate struggles with fertility and personal turmoil, and reflects on the high-stakes cases and stories she worked on as a prosecutor and during her time at CNN, Fox News, ABC and The View. Timely, poignant, and moving, this is the story of a woman living between two worlds, and learning to bridge them together to fight for what’s right. 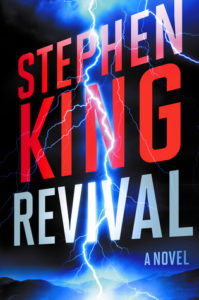 “In a small New England town over half a century ago, a boy is playing with his new toy soldiers in the dirt in front of his house when a shadow falls over him. He looks up to see a striking man, the new minister, Jamie learns later, who with his beautiful wife, will transform the church and the town. The men and boys are a bit in love with Mrs. Jacobs; the women and girls, with the Reverend Jacobs–including Jamie’s sisters and mother. Then tragedy strikes, and this charismatic preacher curses God, and is banished from the shocked town. Jamie has demons of his own. Wed to his guitar from age 13, he plays in bands across the country, running from his own family tragedies, losing one job after another when his addictions get the better of him. Decades later, sober and living a decent life, he and Reverend Charles Jacobs meet again in a pact beyond even the Devil’s devising, and the many terrifying meanings of Revival are revealed. King imbues this spectacularly rich and dark novel with everything he knows about music, addiction, and religious fanaticism, and every nightmare we ever had about death. This is a masterpiece from King, in the great American tradition of Frank Norris, Nathaniel Hawthorne, and Edgar Allan Poe”– Provided by publisher. 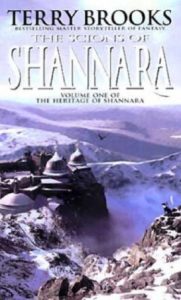 The Scions of Shannara by Terry Brooks

Since the death of Allanon, life in the Four Lands has drastially changed. Yet Par Ohmsford still has some power of the Wishsong. And when a message from the ancient Druid, Allanon, reaches them, Par is ordered to recover the long-lost Sword of Shannara, and the glory that once was the Four Lands….