in-person book discussions ARE HELD ON THE LAST Thursday OF THE MONTH AT 1:00 PM.

We will meet in the Library’s Program Room to discuss our ideas, interpretations, and opinions of the selected book.  Register at the circulation desk, by phone, or email one month prior to the discussion to allow time for checking out and reading the book.  Everyone is welcome.

Book titles and dates are subject to change. 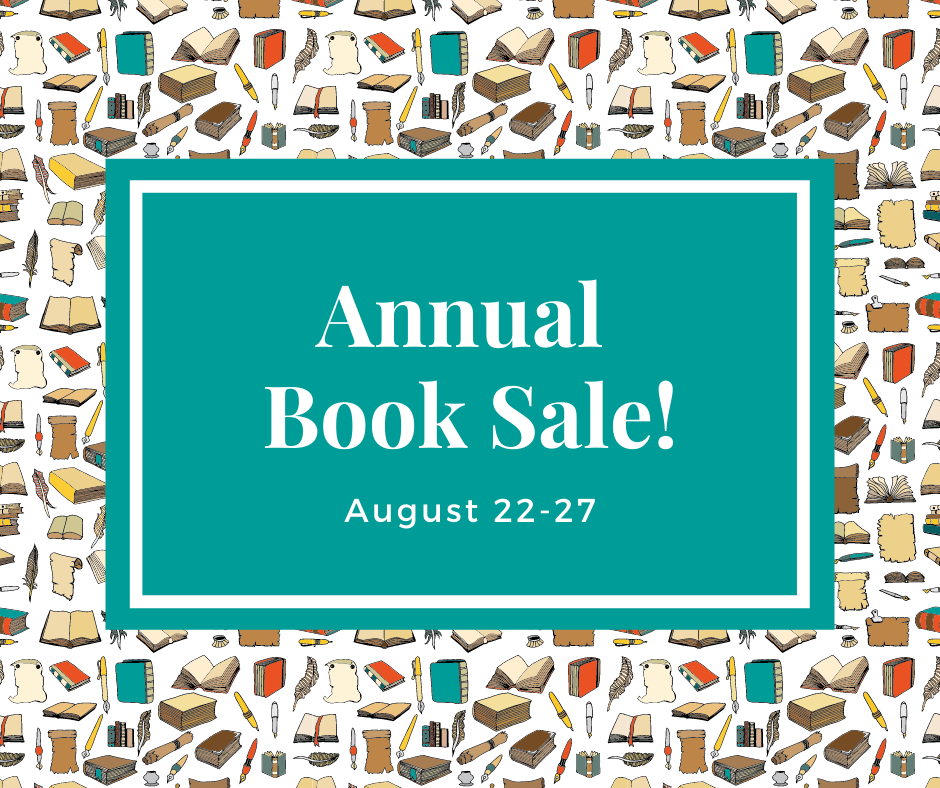 No Book Discussion in August

We’ll be taking August off. But please consider shopping our Big Annual Book Sale August 22-27. You never know what treasures you will find! 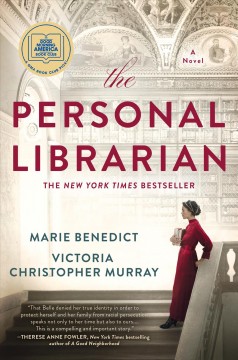 Benedict (The Mystery of Mrs. Christie) and Murray (Wrath) deliver a powerful take on the  accomplishments of J.P. Morgan’s librarian . In 1906, Belle da Costa Greene is hired away from Princeton University to run the Pierpont Morgan Library. There, Belle adds notable works to the  library’s collection and successfully navigates a high-stakes auction. As Belle’s position requires her to attend social events with New York’s elite, she is ever cognizant of maintaining the secrecy of her Black heritage, asserting that her grandmother is Portuguese. Belle’s father, Richard Greener, an equal rights advocate, was the first Black man to graduate from Harvard University, and left the family after Belle’s mother insisted on raising her as white. Though Belle enjoys her personal success as J.P. Morgan’s personal librarian, which brings her significant influence in the city’s art world and rare books market, her public role increases her risk of exposure for passing as white, which she fears would cost her the job and bring an end to her family’s financial support. Benedict and Murray do a great job capturing Belle’s passion and tenacity as she carves a place for herself in a racist male-dominated society. This does fine justice to a remarkable historical figure. (June) –Staff (Reviewed 04/19/2021) (Publishers Weekly, vol 268, issue 16, p) 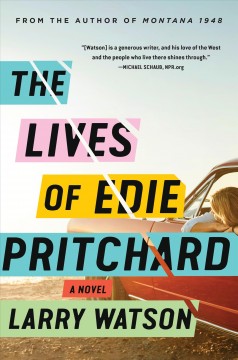 October 27–The Lives of Edie Pritchard by Larry Watson We’re excited to have as our guest, the author! Mr. Watson will be attending Book Club to share his work.

Set mostly in eastern Montana, Watson’s vibrant character study (after As Good as Gone) reads like a trio of scintillating novellas, each set 20 years apart. In the late 1960s, young bank teller Edie Linderman is married to Dean, a domineering sporting goods clerk. Their wobbly marriage is beset with maybes and ifs. Maybe she should have married Dean’s more ambitious twin brother, Roy, a flirtatious furniture salesman. If she hadn’t gone with Roy to buy a pick-up, maybe he wouldn’t have had the crippling accident, the  murky circumstances of which ignited Dean’s jealousy, and maybe she wouldn’t have left town with a one-way bus ticket west and married smarmy insurance agent Gary Dunn, as she does in the second part of the novel, set in 1987. Edie  and Dean have a daughter who, by 18, wearies of  her dull life. Edie leaves Gary, hoping to develop a better relationship with her rebellious teenager. In 2007, now 64, Edie  relies on her life  experiences to rescue her self-absorbed adolescent granddaughter who becomes embroiled with yet another set of  battling brothers. Like in the best works of Richard Ford and Elizabeth Strout, Watson shows off a keen eye for regional details, a pitch-perfect ear for dialogue, and an affinity for sharp characterization. This triptych is richly rewarding. Agent: PJ Mark, Janklow & Nesbit. (July) –Staff (Reviewed 05/04/2020) (Publishers Weekly, vol 267, issue 18, p)

There will be no chosen book this month, but we’re still meeting to chat about books! We’ll discuss books we’ve read, and share ideas about titles and authors we’d like to read in the future.